Pleased as punch to announce this one! Breakwater is thrilled to be publishing the first book by the motherblogging shining star of compu-land. Vicki Murphy, self-described “mom, writer and hot mess from Badger’s Quay, Newfoundland”, is better known to readers as Mother Blogger. Murphy’s whip-smart, kick-ass-funny narrative about her world as working mom to a kid she’ll only identify as Turbo Ginger can be found both on her own page and over at the Huffington Post, where she’s a regular contributor. Motherfumbler, Murphy’s first book, will be published by Breakwater Books in Fall 2013.

… and even more new books!  Starting with a gorgeous new edition of a children’s classic:

Sam, the colourful sculpin, is lonely – until he finds Sara, his perfect match, in a world where everyone is different in their own way. Breakwater Books is proud to release a new, 30th Anniversary edition of Al Pittman’s classic story, vibrantly illustrated by Shawn O’Hagan.
New!  History and the Natural World:

Calvin Evans • Master Shipbuilders of Newfoundland and Labrador • May 2013

The fishery, the seal cull, the settlement, the culture—the history of the province of Newfoundland and Labrador has been shaped and witnessed from the deck of sea-going vessels. Author Calvin Evans covers every coast and bay in a sweeping chronicle of craftsmanship and productivity, augmented by exhaustive lists of every builder on record.

For more information on these or any Breakwater titles, visit our website or contact us via email.

Buried under snow? Time to cuddle up with a good book… or, at least,  add a few new books to your wishlist.  Here’s a sneak peek at the sunshine coming your way this spring from all of us here at Breakwater Books:

You want novels? We got novels!

After a shocking family tragedy, Cohen Davies feels isolated, guilty, and numb to everything except the allure of his new neighbor, Allie Crosbie. But when Allie’s father asks an unfathomable favour, Cohen’s decision to help him sets off a chain reaction of irrevocable events. The second novel from acclaimed author and literary blogger Chad Pelley.

“Compulsively readable from start to finish.”

—   Billie Livingston, author of One Good Hustle and Cease to Blush

Maxine Carter finds herself searching for a fresh start: a way around her own gnawing fear. What she discovers is her neighbour’s nine-year-old son, Kyle. Smart, funny, and poignant, Claire Wilkshire’s impressive debut is a novel about overcoming personal fears in a world wracked by private loss and public anxiety, and finding friendship in the most unlikely places.

“Here is a new kind of hero. Noble, funny, cautious, Maxine travels the same road as the rest of us, but in the opposite direction. You may just pull a U-turn and follow her. Wilkshire has written the book we’ve been longing for: a coming of age story, in reverse. Inspiring and triumphant.”

Something new for Poetry Month?

For more information on these or any Breakwater titles, visit our website or contact us via email.

Sad news this week from Breakwater Headquarters: Isaac, the real-life bob-tailed cat who inspired the Adventures of Gus and Isaac books, passed away this past Sunday.

The storybooks, written by Isaac’s owner Debbie Hanlon and illustrated by painter Grant Boland, imagine the hijinks and friendship between Isaac the Bob-Tail Cat and Gus the Seagull-Who’s-Afraid-of-Heights. 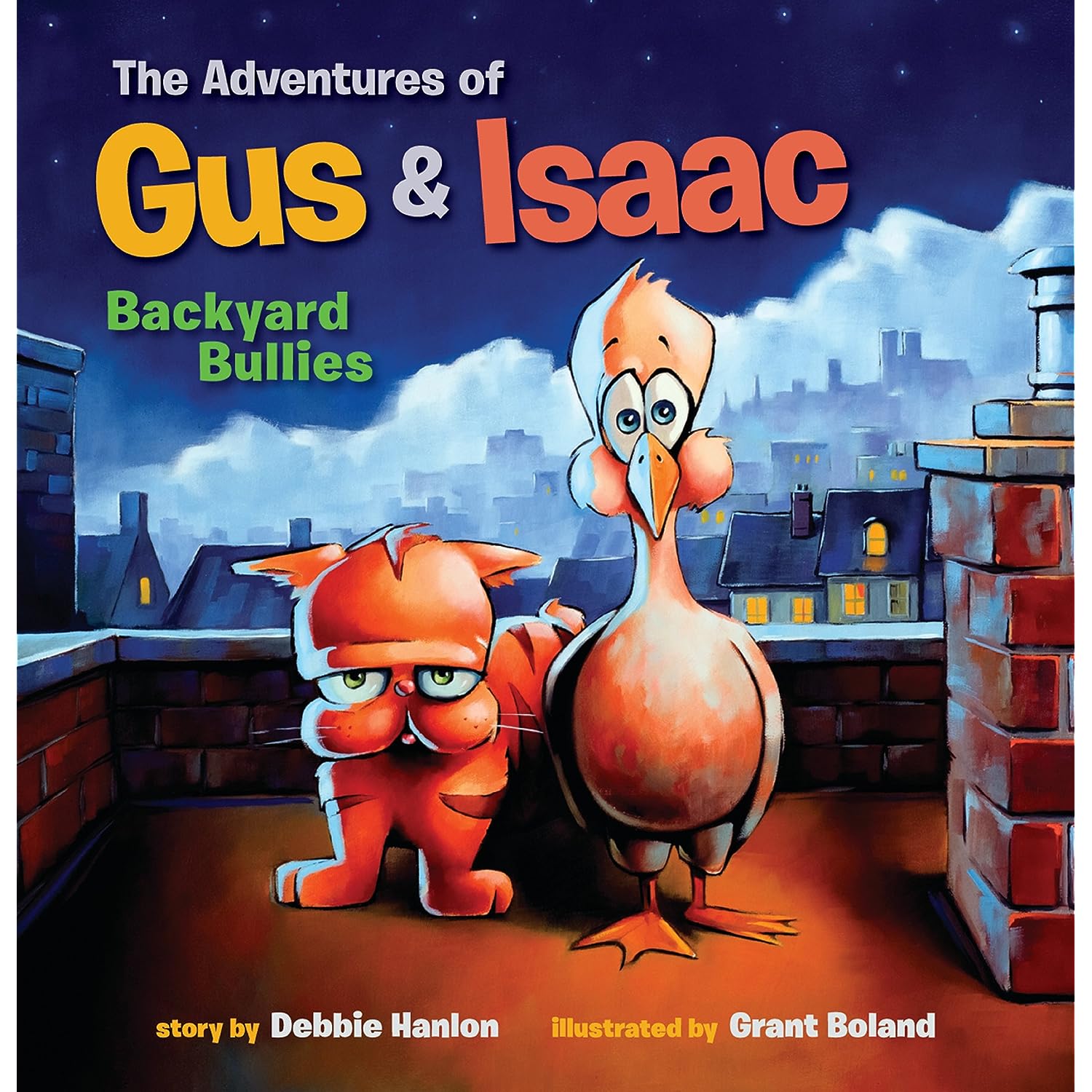 Look who’s back in action! If you’re reading this, then congratulations! You survived the Mayan-End-Of-Days crisis AND your NYE Hangover. We’re back in full-gear here at Breakwater headquarters and first on our list was a list… of resolutions. We asked a handful of Breakwater’s authors to give us their top resolutions for 2013, literary or otherwise, and here’s what they said:

Kerri Cull, author of 2012’s Soak and curator at The Book Fridge:

My literary resolution: to complete drafting a manuscript of short fiction that is currently 24 stories deep.

2013 will be a year of the Deb! Looking forward to getting my red belt in TKD, completing Trouble times in Tickle Harbour, the 3rd book in The Adventures of Gus and Isaac series, spending as much time as I can with my amazing husband, traveling, and taking good care of myself and my loved ones..all in all continuing to love and live my amazing life!

Susan M. MacDonald, author of Edge of Time, winner of the 2012 Moonbeam Award for Young Adult Science Fiction and Fantasy:

My two aims this year are to finish my novel Odin’s Eyes and, since I’m living in Iowa, have tea with Marilynne Robinson. Both, at this point seem equally as (un)likely.

Trudy J. Morgan-Cole, author of By the Rivers of Brooklyn and the 2012 NL Heritage and History Award winner, That Forgetful Shore:

I just posted a vlog all about my writerly New Year’s resolutions so it’s fresh in my mind … I have a few things in mind but the main one is to finish researching and writing this draft of my current work-in-progress, “A Sudden Sun Discloses,” which is (partly, at least) about suffragists in 1890s and 1920s Newfoundland.

Chad Pelley, author of 2010’s award-winning debut novel, Away From Everywhere,  and the forthcoming novel, Every Little Thing, to be released in March 2013:

For me, 2013 is going to go down as The Year of Ambitious Writing. I have two goals. One is to curate a collection of shorts by March, from the 27 stories on my hard drive. There’s at least a dozen there that’ll work well together: funny ones, sad ones, funny-sad ones, about people longing for something they’ll never have. It’ll be called Big Red Hearts. Come February, I’ve cleared my schedule of everything – day jobs included – to write the novel I’ve been preparing to write for years now. It’s about a small town forced to turn on each other, with subplots and backstory including a man’s divorce and search for his missing daughter. I’ve never been more excited about a writing project, and the first draft will exist by 2014.

1. Smile more.  (Less scowly-frowniness, even if it’s just from concentrating.)

2. Encourage people.  (Do we think “Good old X, he really taught me a lot that time when he accurately pointed out every one of my shortcomings?” No, we do not.)
3. Be optimistic.

These appear in blue marker on a yellow, star-shaped sticky note on my computer stand. There’s also the small matter of the 20 lbs. but in order to remain optimistic, I decided to leave that one off the note.